Real estate sector has a choppy ride in 2018

The year also marked a significant rise in consolidation across geographies and demand for affordable housing that saved the day for realty developers. 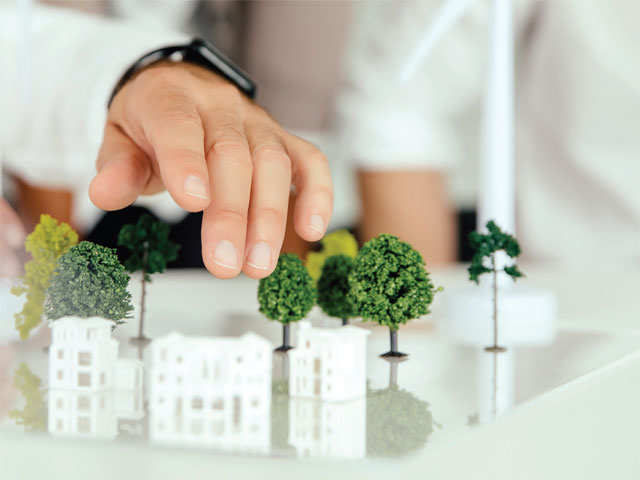 MUMBAI | BENGALURU: Residential real estate has gone through a choppy ride this year, initially hinting at a recovery only to be sucked into a liquidity crisis later.

The year also marked a significant rise in consolidation across geographies and demand for affordable housing that saved the day for realty developers.

Armed with the Insolvency & Bankruptcy Code, homebuyers get the same treatment as financial institutions when it comes to recovering dues from real estate firms that go bankrupt.

The disruption caused by the implementation of Real Estate (Regulation & Development) Act, 2016, and the GST was quite evident on the sector.

“With developers and brokers accepting the new market realities and beginning to fall in line, the residential sector began to regain visibility and viability. Transparency and accountability—never the defining characteristics of Indian real estate—became the ‘new normal’ this year,” said Anuj Puri, chairman, ANAROCK Property Consultants.

Realty developers aligned themselves with market realities by offering more ready-to-move-in apartments to provide more certainty to homebuyers than just selling off the plan. Homebuyers are also showing more preference towards picking up such properties.

“Mid-income housing has clearly been the frontrunner in driving the housing growth this year on the back of the government’s reformatory push and participation of private players leading to increased demand… We have seen an uptick in the ready to – move – in houses owing to RERA and GST benefits for the homebuyers with 20% growth in the last year,” said Prashant Bindal, chief sales officer, Lodha Group.

“The inventory in primary and secondary market has turned out to be a boon for homebuyers. It’s raining homes, and prices are under check favouring buyers. The NBFC crisis has also led to a correction in some pockets, time and disguised correction continued in 2018 and is expected to prolong in major part of the next year,” said Pankaj Kapoor, MD, Liases Foras Real Estate Rating & Research.

While the mid-income and affordable housing category continued to outperform other segments, established developers could take advantage of the same as homebuyers considered execution and delivery track record as the foremost factor.

“This year new launches have come down leading to reduction in inventory. Sales have been better year-on-year and this demand is being shared by limited number of real estate developers due to consolidation in the market,” said JC Sharma, managing director of Sobha Developers that sold 2 million sq ft of residential space in the first two quarters of the financial year.

Affordable housing is expected to lead the demand for housing in 2019 with ready apartments occupying the centre stage. However, full recovery hinges on the liquidity crisis and an early solution to the same.

“As we reach the end of 2018, there is an urgent need to solve this challenge — ensuring funding for ongoing projects,” said Niranjan Hiranandani, MD, Hiranandani Group. “With 70% of buyer payments locked up in escrow, and most buyers not paying until OC is received; coupled with flow of funds from NBFCs being affected by the IL&FS story, some sort of magic is needed to conjure up funds, to ensure that ongoing and new projects remain work in progress.”

Greater Noida: Sampada buyers protest, go to cops against builder
Relief in sight for 50,000 buyers ‘illegally’ occupying flats in Noida, Greater Noida
Open chat
1
Are you looking for a property?