The survey was carried out on the basis of information provided by developers to UP-Rera at the time of registration with the regulatory body. 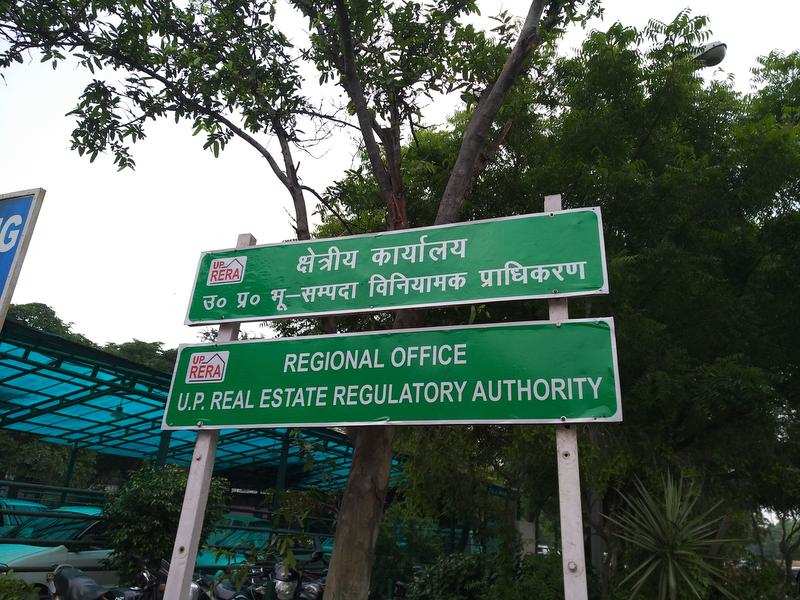 GREATER NOIDA: The Greater Noida bench of the Uttar Pradesh Real Estate RegulatoryAuthority (UP-Rera) on Thursday ordered seven Noida-based builders to immediately speed up completion of over 21,000 flats in the twin cities that are behind schedule in a range of three to seven years.

The order came in the wake of a survey by UP-Rera that found 21,758 apartments in housing projects by Logix group, Today Homes, Rudra Builwell, Mascot Homes, Supertech, Omaxe and Rajesh Projects in Noida and Greater Noida were ‘extremely delayed’.

The survey was carried out on the basis of information provided by developers to UP-Rera at the time of registration with the regulatory body.

“We had a review meeting with these builders on Thursday about some of their projects which are highly delayed. We have asked them to complete the projects on priority,” Balwinder Kumar, member of UP-Rera, told TOI. The meeting was also attended by officials from the Noida and Greater Noida authorities.

While Supertech has overshot timelines for 9,965 flats at Czar and L’Orb, Logix group has missed the deadline for 8,257 flats at Blossom Zest, Blossom County and Blossom Greens, officials said.

Today Homes, too, is yet to deliver 1,749 flats at Ridge Residency and 678 homes at Kings Park. Similarly, Rudra Buildwell has overshot delivery timelines of 2,870 flats at Aquacasa and Palace Heights, and Mascot Homes 700 flats at Mascot Monorath and Neotown.

Omaxe has also missed the delivery dates of 2,980 flats at NRI City and Heritage Grand. Rajesh Projects has not yet delivered 2,816 flats at RG Luxury.

While UP-Rera’s Greater Noida bench has been hearing complaints from homebuyers since September 4, the regulatory body has started playing a conciliatory role to help facilitate completion of projects through intervention. 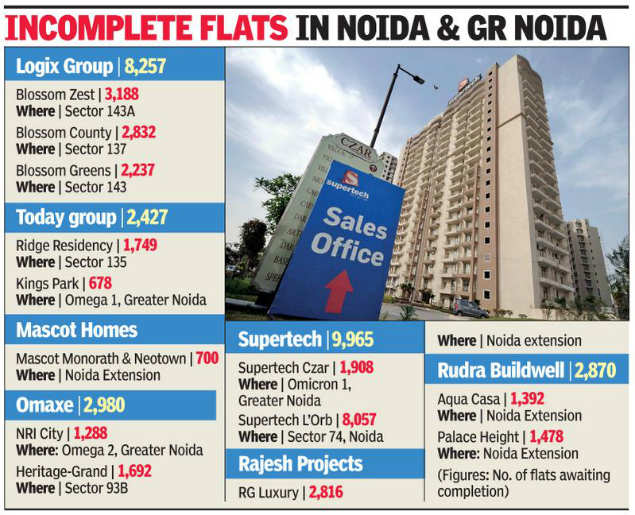 The members have also conducted forensic audit of over 12 builders facing fund diversion allegations. Till November, UP-Rera recorded 8,211 complaints from homebuyers, of which 2,172 were heard last month alone. “Review of projects and their promoters will now be a regular practice. Of the projects which we reviewed on Thursday, we have seen minimum delays of three years. The builders have been asked to speed up their completion. Similar reviews will continue in future as well,” Balwinder Singh added.