Delhi: 25,000 people may get to move into flats from slums in two years

The proposal, planning, designing and approvals of the five projects were fast-tracked to ensure minimum delay in shifting the poor from slums where civic amenities are almost absent. 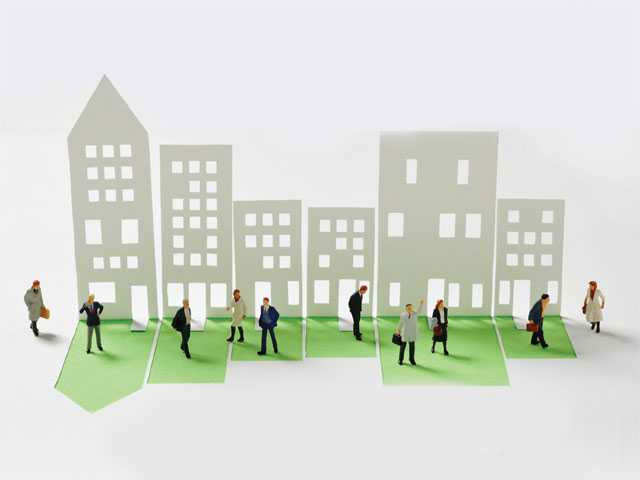 NEW DELHI: Delhi government has put into effect a major rehabilitation for slum dwellers through the construction of 5,310 flats in vertical settlements in five locations in the capital.

The proposal, planning, designing and approvals of the five projects were fast-tracked to ensure minimum delay in shifting the poor from slums where civic amenities are almost absent.

Delhi Urban Shelter Improvement Board, or DUSIB, the agency responsible for improving the quality of life in slums and jhuggi-jhopri clusters, issued a tender last month inviting agencies to take up the construction.

Five residential towers, each 12-18 storeys high, will be erected, one each in Bhalswa, Lajpat Nagar and Karol Bagh and two in Sangam Park.

These will accommodate over 25,000 people currently living in the slums. The number of units in a tower will be decided after the tenders are opened because the bidder needs to also submit the design to ensure a total of 5,310 flats.

“This is one of the largest housing projects planned by DUSIB,” said Shurbir Singh, chief executive officer, DUSIB. The tender is scheduled to be opened on December 20. The construction will be carried out by the winning contractor under the monitoring of DUSIB.

No door-to-door survey has been conducted to ascertain the slum population of the city, but an estimate puts the figure at 30 lakh, all living in jhuggis, including in the affluent areas.

The proposed construction sites are located in Pocket F in Bhalswa, near the railway line in Sangam Park, Kasturba Niketan in Lajpat Nagar Phase IV and Dev Nagar in Karol Bagh. “These sites are located in a 0-5-kilometre radius of existing slum areas,” said DUSIB member Bipin Rai.

Unlike in some projects hampered by the need to shift the slum population from a place before constructing houses for them on the vacated land, the plots on which the proposed towers will be erected are free and in the possession of DUSIB. 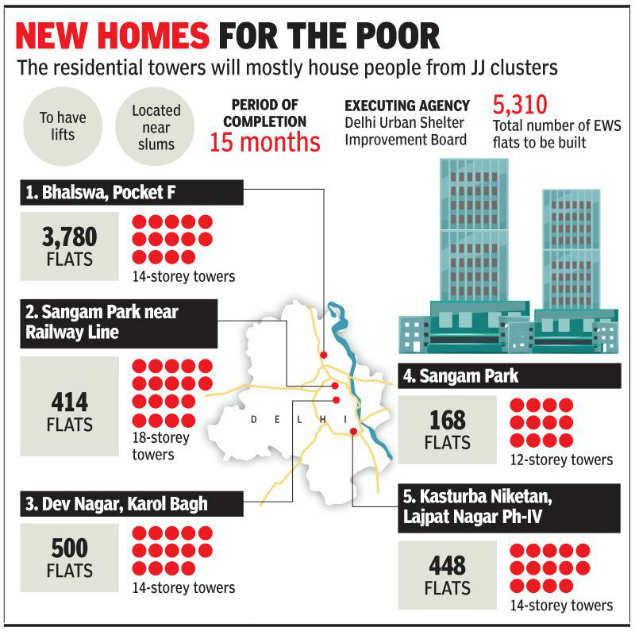 With no relocation of people necessary, the project is unlikely to face hurdles and can, thus, be expected to be completed within the given timeframe, with the probable deadline being early 2020.

For a slum resident in the general category, the ownership of a flat in the towers will come for a token amount of Rs 1.12 lakh and a one-time payment of Rs 30,000 for maintenance.

Those belonging to the SC/ST community will have to pay just Rs 1,000 for the flat and Rs 30,000 for maintenance.

“The one-time payment for maintenance will be deposited into a corpus fund to which contributions will also be made by Delhi government and the builder. This corpus will then be used to meet the expenses of maintenance,” explained Rai.

The selection of slum dwellers who are eligible flat allotment will be done through a well laid-out process that involves a physical survey and deliberations by a board.

Gurugram: 14 builders among 29 booked for undercutting stamp duty
MahaRERA slaps a daily penalty of Rs 1 lakh on Nirmal Developers
Open chat
1
Are you looking for a property?