The average occupancy costs – including rent, taxes and service charges – in Connaught Place are at $142, which is higher than Pudong in Shanghai, Shinjuku in Tokyo and even Singapore. 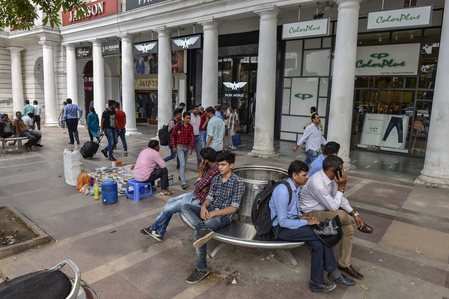 MUMBAI: Connaught Place in New Delhi has emerged as the sixth costliest, in terms of lease rentals, out of 20 major markets in Asia Pacific region, showed data from international property consultant JLL.

The average occupancy costs – including rent, taxes and service charges – in Connaught Place are at $142, which is higher than Pudong in Shanghai, Shinjuku in Tokyo and even Singapore.

Among other Indian cities, the financial hub of Mumbai is ranked 14th with occupancy costs at $96.

In 2017, Delhi and Mumbai were ranked third and 11th respectively.

These rankings are based on the JLL’s Premium Office Rent Tracker (PORT) for 2018 that calculates data on the achievable rent in the highest quality building in the premier office districts of 61 cities.

“The commercial office segment is a strong growth driver for the real estate market in Delhi-NCR. Since early 90s and especially in the post-liberalization era, Connaught Place has been one of the most preferred and sought after office locations by leading Indian and global corporates,” said Ramesh Nair, CEO and Country Head, JLL India.

This, according to Nair, coupled with limited supply of office space, its centralized location in the heart of Delhi, robust infrastructure and good connectivity makes Connaught Place the perfect destination for companies to have an office address there.

With an 18% on year increase in net absorption at 23.4 million sq ft during January-September 2018, the commercial office sector in India continues to witness strong growth momentum.

A combination of factors like strong economic fundamentals, demand for good quality grade A office space, institutional investments in commercial office assets along with the co-working office trend catching up in key markets is driving this double-digit growth, according to JLL Research.

“Driven by single-digit stable vacancies, steady lease rentals and high absorption, Connaught Place continues to be the premier and leading office market for corporates from across broad spectrum of different businesses in Delhi NCR. With the Delhi NCR market witnessing 25% on year increase in net absorption at 3.2 million sq ft during January – September period, we are quite optimistic about the this growth trend continuing in the near-term as well,” said Samantak Das, Head of Research and Chief Economist, JLL India.

For the fourth successive year, Hong Kong’s Central has the world’s most expensive rent for premium offices at $338. The occupancy costs are 60 per cent higher than New York’s Midtown and nearly 75 per cent more expensive than London’s West End, data from PORT shows.

The high occupancy costs of Hong Kong’s Central are driven by Chinese firms snapping up Grade A office space, although this demand has decreased in the last quarter. This has led some companies to search for more affordable office locations in decentralised locations.

Although Hong Kong East has traditionally been seen as a back office location by multinationals, it is increasingly being viewed as a prime office location. Meanwhile Singapore made its way into the top 10 for Asian cities, up from 14th place in 2017.