Amrapali flats booked for meagre sum of Re 1 per sq ft: Auditors to SC

The audit found that 23 companies were floated in the name of office boys, peons and drivers and these firms were part of Amrapali consortium and were made fronts to divert home buyers’ money. 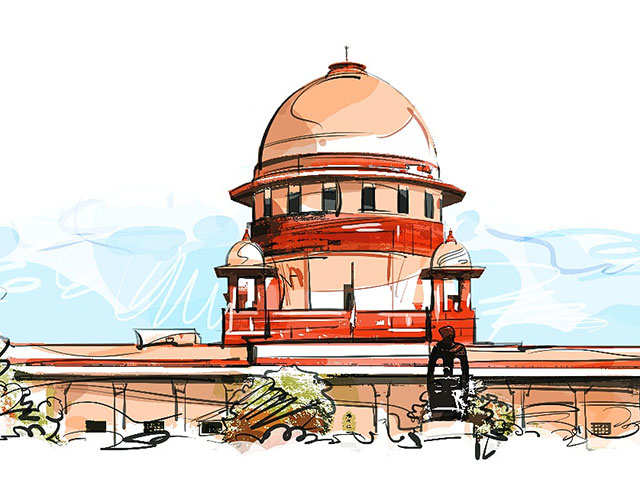 NEW DELHI: Skeletons kept tumbling out of the closet in the forensic audit of embattled Amrapali Group, as court-appointed auditors on Wednesday told the Supreme Court that posh flats were booked on sums as low as Re 1, Rs 5 and Rs 11 per sq ft in the name of over 500 people.

The audit found that 23 companies were floated in the name of office boys, peons and drivers and these firms were part of Amrapali consortium and were made fronts to divert home buyers’ money.

The two forensic auditors told the apex court that they have issued notices to 655 people on whose names ‘benami’ flats were booked but no one was found in 122 such locations.

The interim report of forensic auditors which was submitted before a bench of justices Arun Mishra and U U Lalit said that Chief Financial Officer (CFO) Chander Wadhwa had transferred Rs 4.75 crore to “unidentified persons” just three days before he deposed before the top court on October 26, last year.

“He (Wadhwa) had in his account Rs 12 crore till March 2018. Then he had transferred Rs 1 crore in the name of his wife. Just three days before he appeared in the court for the first time on October 26, 2018, he had transferred Rs 4.75 crore to some unidentified persons,” forensic auditor Pawan Kumar Agarwal told the bench.

The submission of Agarwal irked the bench which pulled up Wadhwa who was present in the court and warned him of contempt action.

“You (Wadhwa) are putting spoke in the wheels of justice. You very well knew that questions will be asked by the court and hence you transferred the money. We want the entire tranche of money back in seven days time. You had no business to transfer the money on October 23, 2018. You have obstructed the course of justice and we may haul you up for contempt of court,” the bench said.

The court also asked the forensic auditors to produce the orders of Income Tax department which during its search and seizure conducted in 2013-14 had recovered Rs 200 crore bogus bills and vouchers besides Rs one crore from Amrapali Group CMD Anil Kumar Sharma and Rs one crore from director Shiv Priya.

Another forensic auditor Ravi Bhatia told the court that Amrapali Group had appealed against the IT order which had deleted the paragraph which mentioned of Rs 200 bogus bills and vouchers raised on account of purchase of raw materials.

“You submit us both the orders of IT department and the appellate authority. We would like to see them,” the bench said.

The top court also brought under its scanner multi-national firm JP Morgan Real Estate fund, which had invested Rs 85 crore in Amrapali Zodiac in 2010 by purchasing its share and later selling those shares to the sister companies of reality firm.

The forensic auditors pointed out that shares purchased and agreement of JP Morgan Real Estate fund and Amrapali Group were in violation of the provisions of law.

“After investing Rs 85 crore in purchasing the shares of Amrapali Zodiac with an agreement which was impermissible in law they again sold those shares for Rs 140 crore to little known companies Neelkanth and Rudraksh which were owned by Chandan Mittal and Vivek Mittal who worked in the office of Amrapali statutory auditors. These two companies were sister companies of Amrapali Group,” the forensic auditors said.

To this, the bench told the counsel for JP Morgan and its India in-charge that the company needs to explain lot of things and they need the reply within one week.

“You have to explain within a week when did this transaction took place, what documents had you seen, when did you appointed your Chief Financial Officer, who took the decision to sell those shares to companies like Neelkanth and Rudraksh, whether any study was conducted to see the standing of these companies in market, who signed the documents and lastly who signed the cheques. We want each and every details in one week,” the bench said.

It also warned that if their were no satisfactory reply to the questions then the court may direct Serious Fraud Investigation Office (SFIO) to look into the matter.

The counsel for JP Morgan, however, said that they would explain everything to the court and urged the bench not to get prejudiced with the findings of forensic audit.

To provide relief to over lakhs of home buyers residing in various projects of Amrapali Group without registration, the bench also sought legal suggestions from parties and the Noida and Greater Noida authorities on registration of their flats and posted the matter for further hearing on January 24.

The apex court had on December 12, asked the two forensic auditors to examine the trail of around Rs 3,000 crore, the home-buyers’ money allegedly spent by the Amrapali Group on buying shares of its sister companies and asset creation.

It had directed the forensic auditors to ascertain the numbers of flats which were ‘benami’ property, doubly booked or booked on a nominal value by Amrapali Group.

On November 13 last year, in a massive crackdown on Amrapali Group for “wilful disobedience” of its orders, the apex court had attached the company’s 100-bed multi-speciality hospital, bank accounts, the building which houses its office, certain firms and a “benami” villa in Goa.

The court is seized of a batch of petitions filed by home buyers who are seeking possession of around 42,000 flats booked in projects of the Amrapali Group.